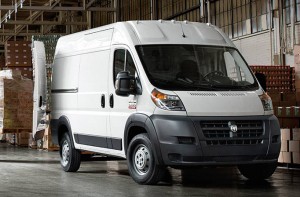 Ram’s line of ProMaster cargo vans is steeped in a proud history of European aesthetics coupled with American engineering. A full-size cargo vehicle with numerous built-in customization options, the 2016 Ram ProMaster is powerful, maneuverable, and entirely space-efficient, and reviews of this remarkable new vehicle have Vancouver, Calgary, and Edmonton drivers brimming with excitement to test drive it at Derrick Dodge. Take a look at what the experts are saying, then stop in today to get behind the wheel yourself.

Critics Are Impressed with the 2016 Ram ProMaster

The 2016 Ram ProMaster has made a strong first impression on critics who have plenty to say about its extensive offering:

The 2016 Ram ProMaster Specs and Features

No matter which of the 2016 Ram ProMaster trims you choose, you can be sure that your ride is well-equipped for any situation thanks to features like:

With unparalleled cargo space and versatile features, the 2016 Ram ProMaster has earned the attention of critics whose reviews say Vancouver, Calgary, and Edmonton customers have much to be excited about. To schedule a test drive, stop by Derrick Dodge Chrysler Jeep Ram Fiat at 6211 104th St. NW in Edmonton today. You can contact us online or by phone at (780)-435-3611.