Are you looking for a better way to take care of your business’s fleet or hauling needs? The 2015 RAM ProMaster City is an all-new model this year, and it promises to get the job done with a number of best-in-class performance ratings and an adaptable cabin. Derrick Dodge has a full inventory of these vehicles in stock near St. Albert and Sherwood Park, and you can find us at 6211 104th St. in Edmonton, AB to take a test drive and check out the versatile interior of this compact work van.
View ProMaster City Inventory 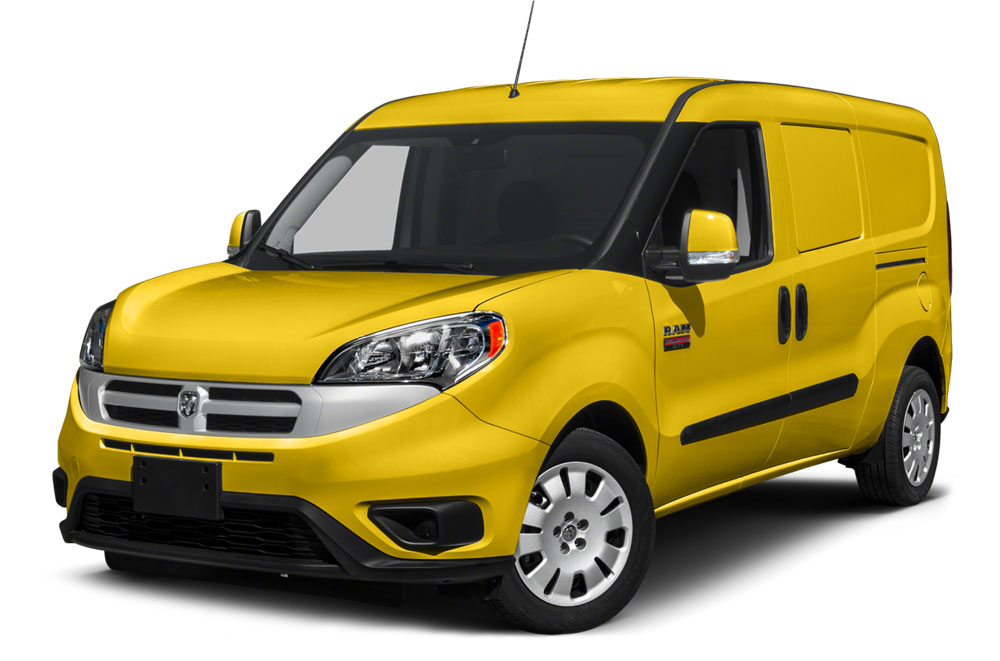 The 2015 RAM ProMaster City gives owners an easier way to haul cargo around while also saving money at the pump. Check out the impressive capabilities on this model, including best-in-class standard horsepower, torque, payload, and more. Every version of the 2015 RAM ProMaster City runs on a 2.4L Tigershark MultiAir inline-four engine fitted to a nine-speed automatic transmission.

This setup produces best-in-class standard power with 178 hp and 174 lb-ft of torque while also getting best-in-class highway fuel economy at 8.1L/100 km highway, according to Natural Resources Canada. City fuel economy is also quite strong at 11.2 L/100 km. And since most people buying a vehicle in this segment will champion payload as one of their top priorities, the 2015 RAM ProMaster City is a great pick with its best-in-class 854 kg payload capacity. 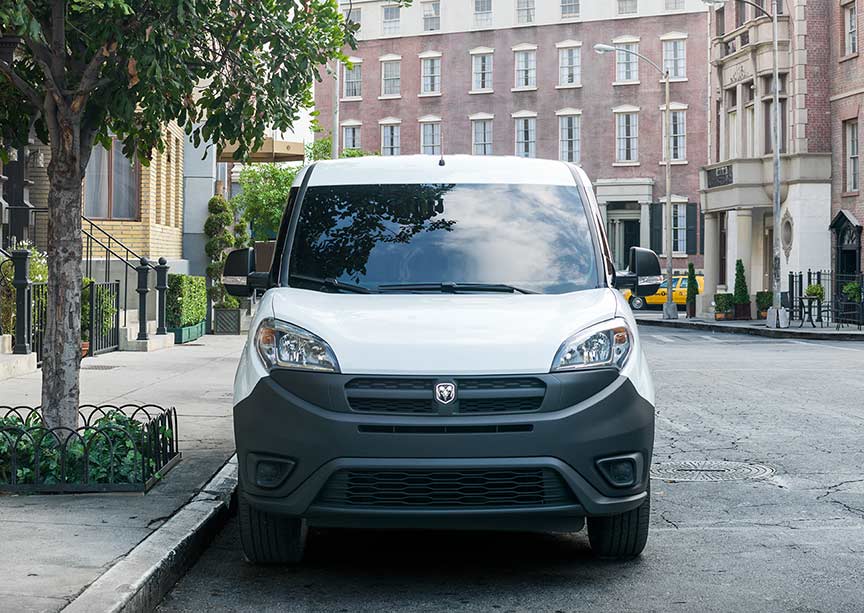 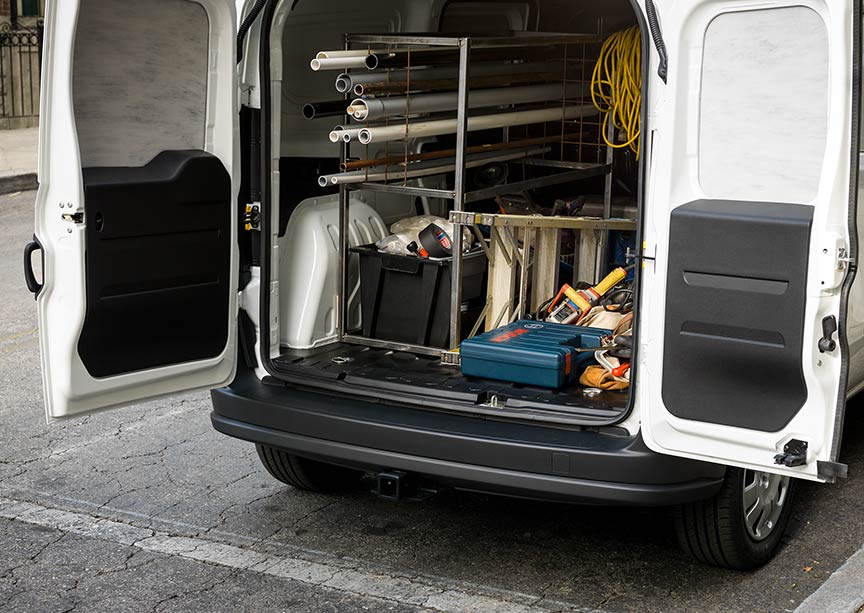 The 2015 RAM ProMaster City comes in a variety of trim levels, including Cargo Van ST, Wagon ST, Cargo Van SLT, and Wagon SLT. Depending on which you choose, this van can be set up to deliver maximum cargo capabilities or a combination of passenger and cargo space.

Step inside this van, and witness one of two available seating setups. For the cargo-minded buyer, there’s a basic seating arrangement with just driver and front passenger chairs. Those who need more room for passengers can opt for second row seating, which opens the van up to a total of five passengers when needed.

The 2015 Ram ProMaster City blows away the competition with a best-in-class cargo capacity of up to 3,729 L. Loading up equipment is easy thanks to a flat load floor and a high roof that measures 1,316 mm. In addition, the nearly vertical sidewalls make it easy to up-fit this van with customizable interior shelves and storage racks for just about any kind of job. 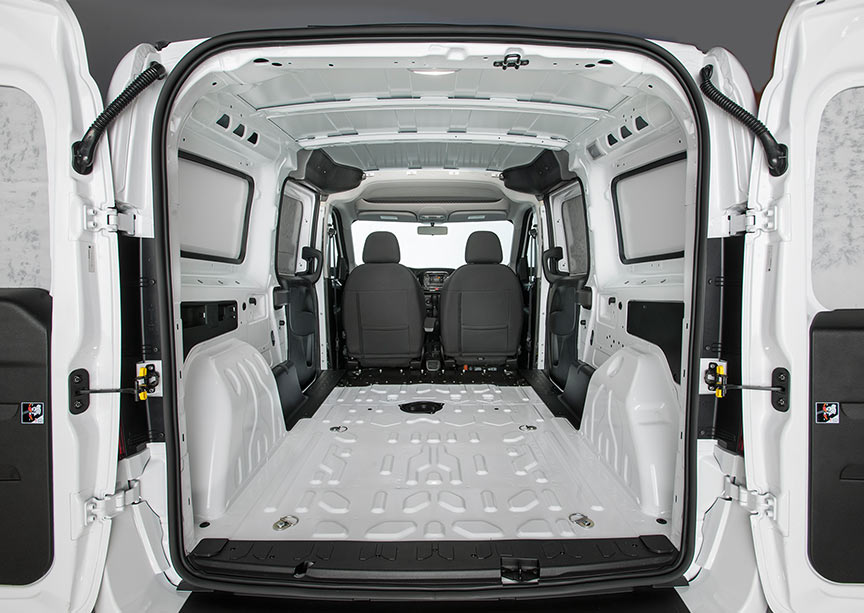 Every version of the 2015 RAM ProMaster City comes equipped with base features you need to stay connected and comfortable. There’s air conditioning, two 12V auxiliary inputs, power windows and door locks, and a UConnect multimedia centre that lets you control everything intuitively from one spot. Those who want more can get a number of upgrades as they move through the trims, with everything from Bluetooth connectivity to cruise control, an upgraded UConnect system, a leather-wrapped steering wheel, and mounted audio controls. 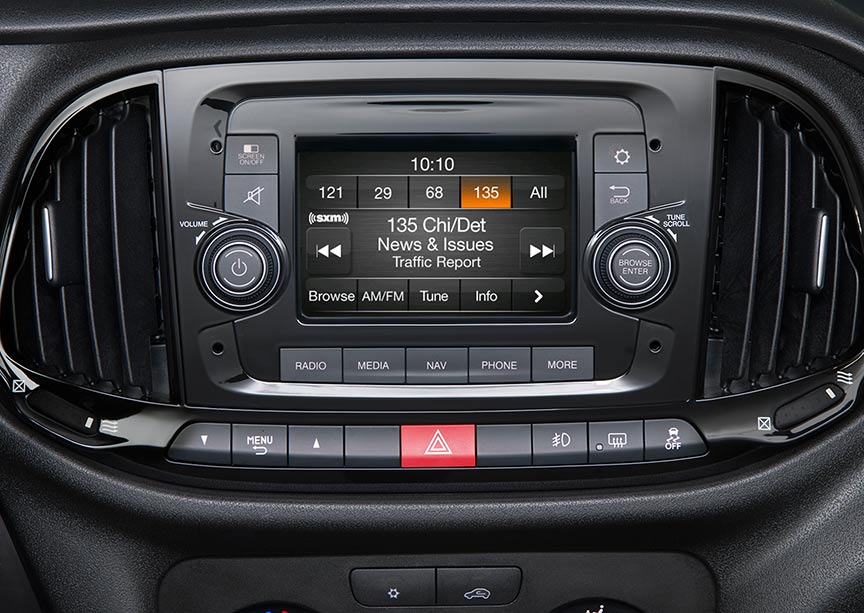 Get Versatility and Performance with the 2015 RAM ProMaster City

If you’re ready to take your business to the next level, then find out about financing the 2015 RAM ProMaster City at a competitive rate when you come to Derrick Dodge. We’re ready to help you out, so take the drive from St. Albert or Sherwood Park to our dealership in Edmonton, AB, or you can contact our sales team if you have any questions.