With 2017 upon us, it was only time Dodge released its newest Durango. The introduction of the 2017 Dodge Durango in Edmonton was an early surprise for fans of the vehicle. Perhaps, the biggest difference between the previous model and the 2017 car is the removal of its third row seat, a standard feature in all past Durango cars. The vehicle boasts the body of an SUV with incredible towing ability.
On the road, the Dodge Durango rides like a dream, as its rugged and sophisticated exterior passes other cars. It is available in GT, R/T, SXT, and Citadel trims. The GT takes place of the Limited, the Citadel trim receives Nappa leather, and the SXT receives a standard five-passenger seat with an option to select a third row seat.

The car’s rearview mirror displays the view of the trailer when the car is moving, but only with models with 8.4-inch screens on the dashboard. For families who want a good and reliable car, the 2017 Dodge Durango in Edmonton hits all the right spots. Without further ado, let’s get into the details. 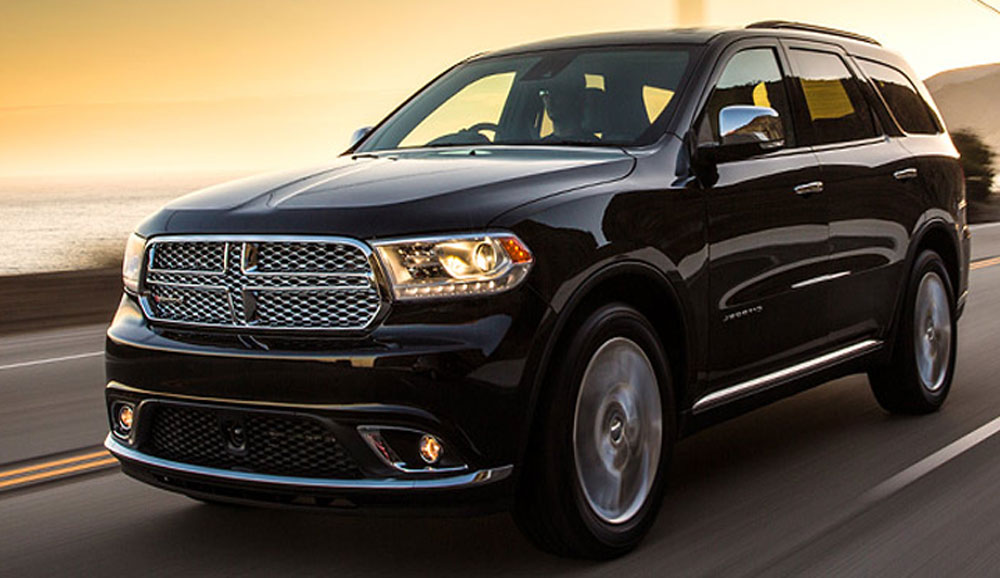 The engine Exterior Interior The equipment The verdict

The 2017 Dodge Durango is equipped with 3.6-liter V6 engine. However, not all the 2017 models boast a 3.6-liter V6 engine. The standard engine is absent from the R/T trim. The powerful engine generates 265 horsepower. The company have also made another addition to their engine by adding a start and stop system to help drivers save fuel.

For families who want to save fuel, the Dodge Durango in Edmonton sounds like a safe bet. People who want a little bit more horsepower can opt for the 5.7-liter Hemi V8, which generates an astoundingly 360 horsepower. Additionally, it has a 7,400 towing capacity to boot. Like the 3.6-loter V6 engine, it also has the ability to turn off four of the eight cylinders. One thing in common the V6 and V8 engines have is their all-wheel drive and 8-speed automatic transmission.

The exterior of the 2017 Dodge Durango oozes sophistication with its grille, fog lights decorating the bumper, and the LED DRLs wrapping headlight. Bold lines adorn the stylish and huge bumper. Even though Dodge Durango is supposed to be an SUV, it appears nothing like one. Its large body hints at another type of car entirely such as cruise liner.
When you look at the car, its size will certainly blow you away. For starters, the first things that you will encounter include the large wheel arches, the compact side windows, the high window sills, and dominant rear-view mirrors. Everything we just described fits perfectly with the elegant edges on the doors, trendy wheels, and a flat roof.
The rear of the car offers a big luggage door and a wide rear window, allowing the driver with a clear view of what is happening in the background of the vehicle. The manufacturer has added another brake light, building it into the spoiler and situated above the rear glass. The trunk of the car is also easily accessible through a door that conveniently leads you there. Come nighttime, the Dodge Durango Edmonton becomes even more stunning when the LED lights turn on.

The interior of the 2017 Dodge Durango encompasses of three rows. The seats are comfortable due to the lateral support and lower back support they provide combined with comfy headrests. Between each rows of seats is an armrest and cup holders with LED backlight. In the back, passengers also have access to a control system.

The three-spoke steering wheel is equally stylish as rest of the car, offering the driver a comfortable grip and the necessary controls. The car also flaunts its modern and chic instrumental panel, featuring a color display. On the right side of the driver, an infotainment screen with a touch system sits and below it, buttons to control climate and other functions of the car are found.

All of the SXT Dodge Durango models come with standard features such as air conditioning, 18-inch wheels, cruise control, USB port, auxiliary jack, AM/FM radio, and tilt and telescope steering wheel. Other features of the cars that people will like include the 5.0-inch touchscreen, which is notably smaller than their previous models.

The R/T trims include a combination of synthetic leather and suede and a red interior trim. It also receives premium audio, suspension turning, 20-inch wheels, V-8 engine, and a power tailgate. Options for this trim include Blu-ray, navigation system, towing packaging, and blind spot monitors.

We hope the 2017 Dodge Durango has you eager to get behind the wheel; St. Albert and Edmonton drivers can take a test drive seven days a week at Derrick Dodge. We’re at 6211 104th St in Edmonton, AB. Contact us online or by phone at 780-435-3611 if you have any questions or want to schedule your test drive of the Charger.